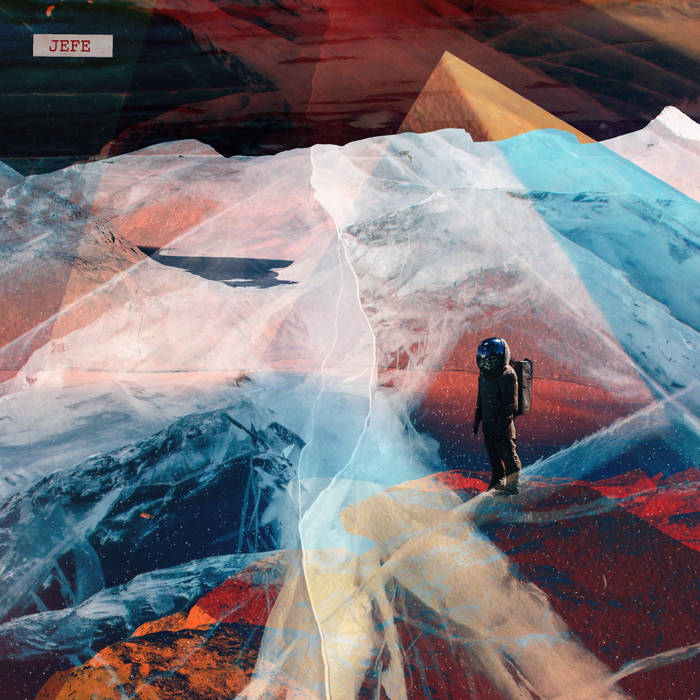 The creation of this album began about one year ago in a three day studio session. There was very little prepared material or songs so we created mostly through exploration and improvisation. The experience was different than our normal process and inspired us to mold the material into something bigger. A year later, after many hours spent shaping it, we believe "Jefe" represents a big step in how we've evolved as a band and we couldn't be more proud to release it.

Stephen Hawkins Sample : “One… Where did we come from? Then it was discovered that the universe was expanding…
Distance galaxies where moving away from us.
If we are the only intelligent beings in the galaxy, we should make sure we survive and continue.
Are we alone in the universe?
Is there alien life out there?
But was there anything before the Big Bang? If not, what created the Universe?”

Alan Watts : “When you are trying, however to act as if you were God - That is to say you don’t trust anybody, and you are the Dictator, and you try to keep everybody in line - You lose the divine energy, cause what you are doing is simply defending yourself.
Its your solemn duty to learn how to enjoy yourselves. Why?
Because, in an age of leisure as it were voluntarily let up control. In other words, cease to cling to yourself. You have an access of power, but you are wasting energy all the time in self defense trying to manage things, trying to force things to conform to your will. The moment you stop doing that,
that wasted energy is available. Therefore, you are in that sense, having that energy available, you are one with the divine principle."

Recorded at The Bridge, Spanish Castle, The Hobbit, & City Of Progress Studios between April 2018 - January 2019 in Miami, FL.

Electric Kif has caught the attention of countless music lovers by capturing the energy of execution in the fusion of Cosmic Funk, Rock, Soul, and jazz. Their powerful live show brings an unparalleled energy and sound to the stage and displays a new experience every night. ... more

Bandcamp Daily  your guide to the world of Bandcamp